Replicative senescence at the molecular level in vitro

The cell cycle of most cells consists of four coordinated processes: cell growth, DNA replication, distribution of the duplicated chromosomes to daughter cells and cell division. The completion of all these processes takes approximately 24 hours. The cell cycle is divided into two basic parts: mitosis and interphase. Mitosis (or M phase) occurs at the end of the cell cycle and lasts only about an hour. During mitosis, the separation of daughter chromosomes occurs followed by cytokinesis (cell division). The majority of the cell cycle is spent in interphase-the period between mitosis. During interphase both cell growth and DNA replication occur. The cell grows at a steady rate throughout interphase with most cells doubling in size between one mitosis and the next. DNA synthesis however occurs only in a defined phase of interphase. Within interphase there are three distinct phases. Following M phase is the G1 phase, S phase and G2 phase (Figure 1). During G1, the cell is metabolically active and continuously grows, but does not replicate its DNA. During S phase the complete genetic material of the cell must be duplicated. In G2, the cell continues to grow and proteins are synthesised ready for mitosis. Cells in G1, which are not ready to progress through the cell cycle, enter a resting stage known as G0 or quiescence. Most eukaryotic cells spend the majority of their time in a quiescent state.
Throughout the cell cycle there are a number of checkpoints which regulate cell progression from one phase to another. There is a G1 checkpoint that ensures everything is ready for DNA synthesis, a G2 checkpoint to determine whether the cell can proceed to M phase and a checkpoint within M phase to ensure the cell is ready to complete cell division.
Entry into each of the phases of the cell cycle are controlled by two classes of molecules, cyclins and cyclin dependent kinases (CDKs). Cyclins form the regulatory subunits and CDKs the catalytic subunits of an activated heterodimer; cyclins have no catalytic activity and CDKs are inactive in the absence of a partner cyclin. When activated by a bound cyclin, CDKs perform a biochemical reaction called phosphorylation that activates or inactivates target proteins to orchestrate coordinated entry into the next phase of the cell cycle. Different cyclin-CDK combinations determine which downstream proteins are targeted.
For example, during the latter stages of the G1 phase cyclin D1 forms a complex with CDK4, which subsequently phosphorylates and inactivates retinoblastoma (Rb) growth repression (Connell-Crowley et al, 1997). Conversely, growth arrest caused by DNA damage for example is the result of an up-regulation of CDK inhibitors such as p21 and p16 which bind to and inhibit the activity of CDK thereby preventing the phosphorylation of Rb (Aprelikova et al, 1995). 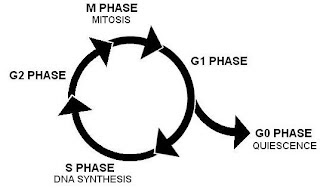 Figure 1: Basic overview of the eukaryotic cell cycle, showing each of the different phases